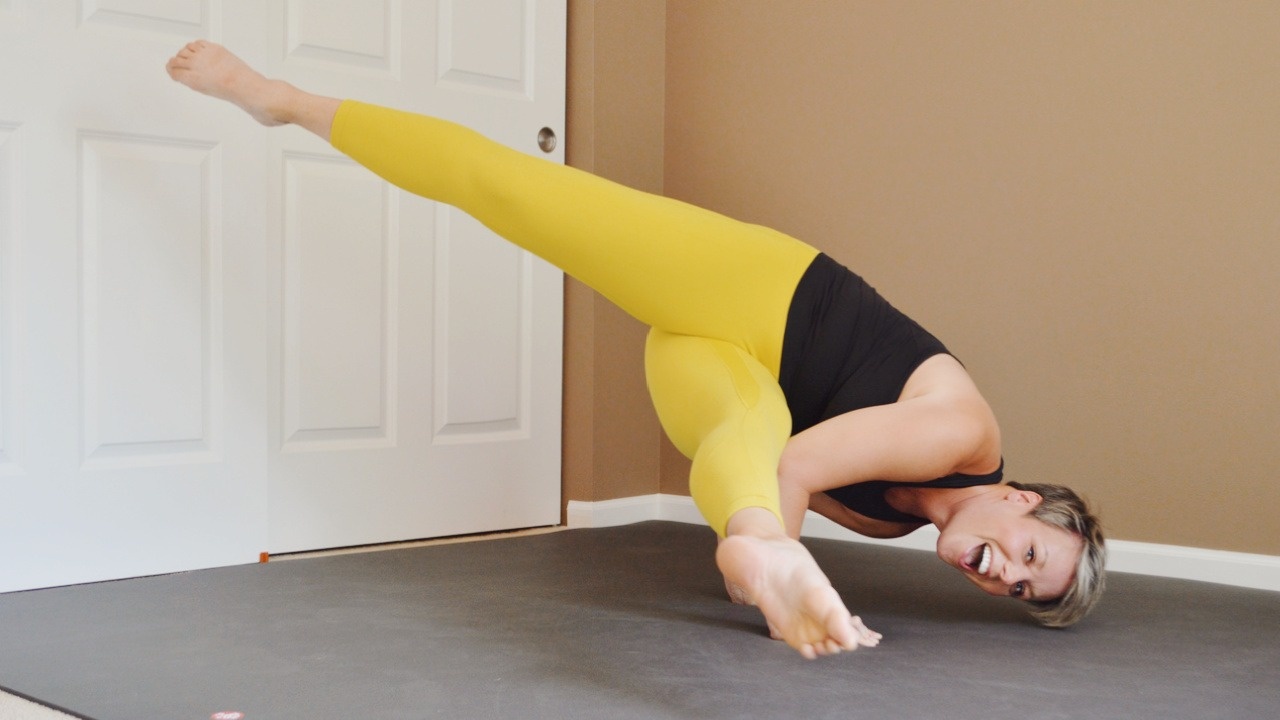 What happens to your yoga as you age?

For the first decade of my career as a yoga instructor, I took a ton of workshops and trainings. I would drive for hours or hop on a plane to sit, sometimes uncomfortably, in the back of a studio, not knowing a soul in that particular community, all in the name of soaking up as much info about yoga as possible.

And, I had two separate experiences that stand out that I want to share with you today.

The question is often raised in these circles, “What happens to your yoga as you age?” (Or, some variation of this question.)

In the first scenario, the instructor leading the training, laughed and said, “It gets worse. We all know as you age that you’ll have to give some postures up. You won’t be able to everything forever. It’s just the way it is.”

I remember, squinting my eyes a bit and getting that all too familiar crease in between my eyebrows as I took in what they were saying. Was that true? Did I believe that?

A few years later, I was in a weekend training with an instructor I barely knew, but I quickly became excited to work with.

Someone asked them a question about Kapotasana, or Full Camel, and they quickly replied, “I’m not sure I can demo that for you today, but let me give it a try.”

They dropped back and gripped the mid-foot instead of the elusive heel, but the bend was even and beautiful. They offered instruction, answering the question while in this position.

The fellow trainee that had asked the question, told us that she had been chasing Full Camel for years, which is why she had such a vested interest in finding the answers to her question.

The instructor then said, “Listen, I used to have a deeper Full Camel, but I had to give it up for now. Because I can do much cooler postures than Full Camel. My yoga just keeps getting better and better. It’s not about one posture.”

That comment made me smile. And, even though it’s years and years later, it has stuck with me.

Because yoga is very different when you hit your midlife years and beyond than it is when you’re in your 20s and 30s. It just is.

But, you decide on what different you’re going to focus on.

It can be either, “Everything is going to fall apart or away,” or, “Wow! Look at what I’m able to do now, that I couldn’t before!”

I used to be known for my Full Camel, so I could completely relate to what the instructor was saying. It was so easy for me back in the day.

I could drop back into it without a moment’s notice. But, I gladly gave up the depth of that posture to have better form in the bend.

It’s not just the form that’s stopping me from grabbing my heels. It’s the fact that I have actual muscle in places I did not in the past.

I have core muscles and quads from learning to fly and float in inversions and arm balancing postures. It’s been an empowering journey to become strong, instead of just flexible.

I have achieved so much more within my yoga asana practice in such a short time period.

Full Camel? It’s fun, but it’s just one posture. And, I have a feeling I’ll be able to get back into it, gripping the heels once again. It’s just not a huge priority right now.

So, yes, some postures will fall away. But, it’s not because you’re “too old.”

It’s because your practice is developing the way it should. It’s growing and changing. It’s evolving.

And, if you truly take on a lifelong yoga practice, there will be times when you have to let one posture go for a bit. You either don’t go as deep, or you can’t get into it at all anymore, no matter how many times you try.

But, that doesn’t mean that your practice is worse. Because I guarantee you a different facet of your yoga practice is improving.

You may also realize that maybe you didn’t really understand that posture to begin with and by it falling away, you’ll need to do the work to grasp it on a deeper level. Which is fun and cool in it’s own way.

So, if you’re someone that believes that your yoga asana practice has an expiration date, I urge you to turn that thought around.

And, if your worth as a yoga student or instructor is all wrapped up in achieving one singular posture, out of the hundreds and hundreds of interesting asanas out there, please stop the madness.

It’s all in your head. No one thinks more or less of you if can get in and out of Standing Head to Knee without a bobble.

And, if they do, that’s their problem.

Always remember to have fun. To continue to have a sense of adventure. And, to never let your age define what is possible.

It’s all possible all of the time. 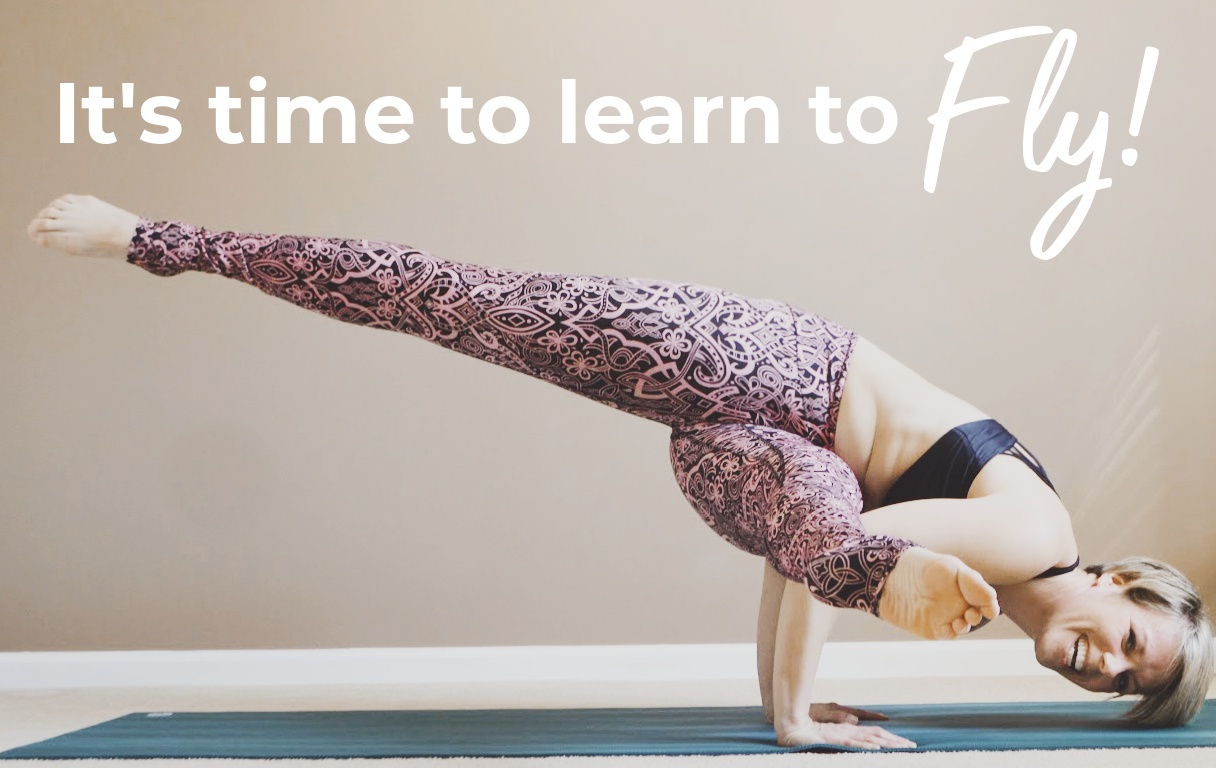 Get my FREE Arm Balancing Fundamentals Workshop & unlock the secrets to finding your flight in just 15 minutes.

Are YOU ready to begin channeling your inner yoga superstar?

This is your first step forward. 💪 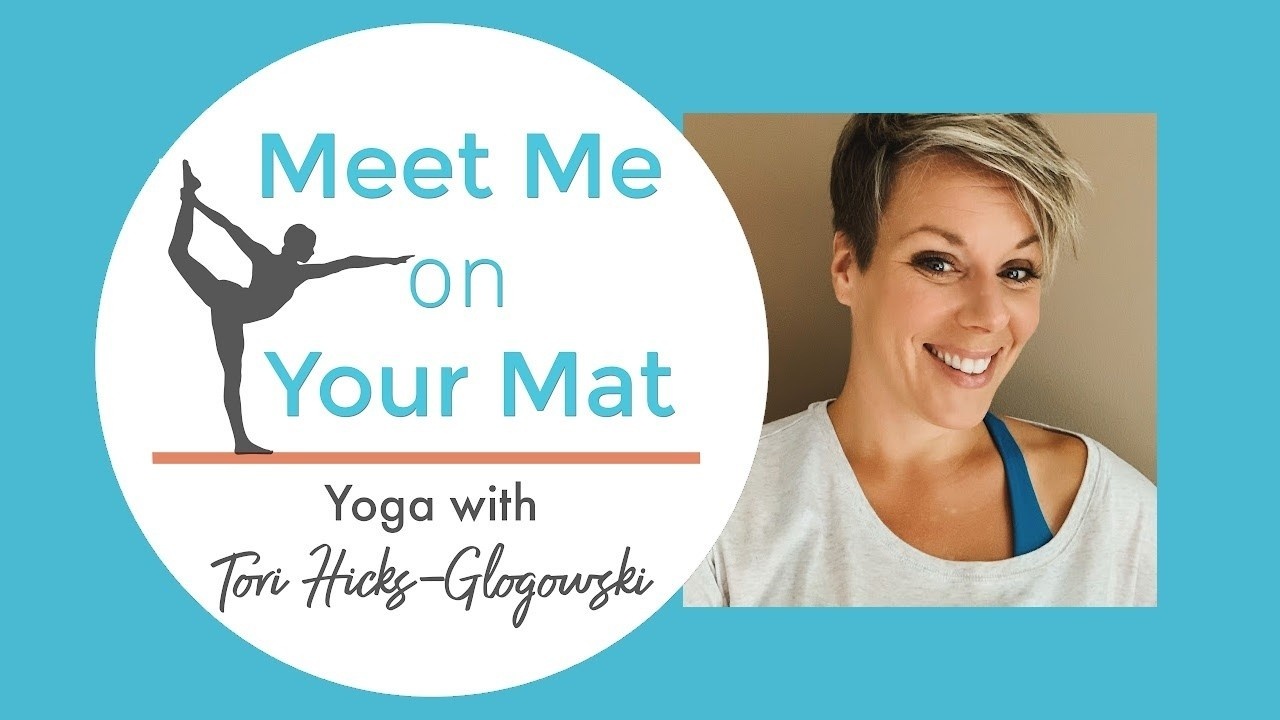